Five years in and the AIA continues to transform IP litigation’s rules of engagement. The one certainty so far: in-house counsel need to constantly adjust their defensive strategies to ensure their patents’ survival. An up-to-date perspective on the (dis)advantages of new, as well as existing tools, is critical for a smart, cost-effective strategy.

Join the rest of your local IP community for a one-day only session full of practical insights and learnings from front line experts focused on the latest defensive strategies: navigating post issuance proceedings, managing risk and avoiding litigation, trade secrets, professionalism issues for in-house counsel and much more. 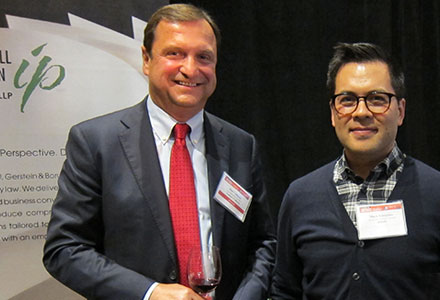 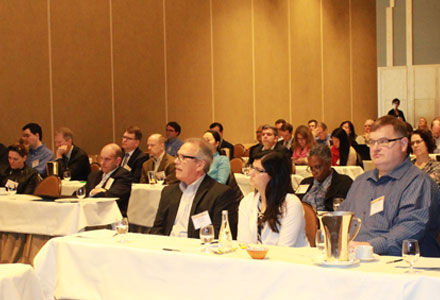 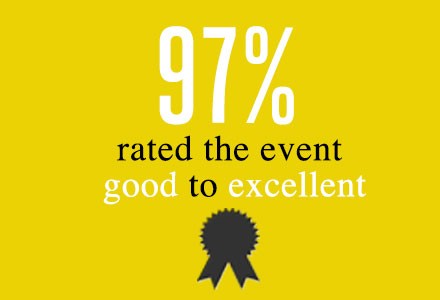 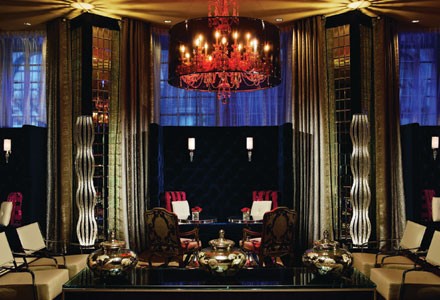 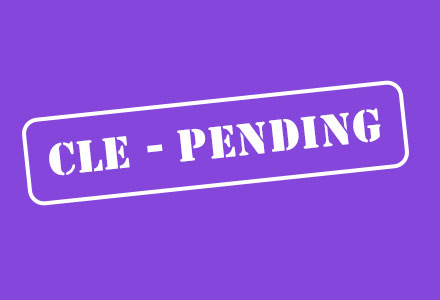 Riyon is a former Executive IP Strategist and Ip Director for the Coca-Cola Company. She is responsible for patent strategy, portfolio development and innovation for next gen products. She previously held Executive IP Strategist, Patent Agent and Engineering respinsabilities at IBM. She earned a BSEE, Electrical and Computer Engineering from New Mexico State University and an MBA from University of Arizona, Eller College of Management

Mr. Acharya's practice has one focus, which is to establish and defend intellectual property rights. This includes both litigation and client counseling in the fields of patents and trademarks. He has particular experience in patent disputes and prosecution, Hatch-Waxman matters and large-scale trademark registration and enforcement projects, including Trademark Trial and Appeal Board matters. He regularly uses technology to facilitate communication, improve transparency, reduce clients' pain points, and ultimately improve efficiency without compromising quality of service. He is distinguished by long relationships with clients for whom he helps manages and defend their intellectual assets worldwide.

Mr. Acharya also has scientific research experience. As an undergraduate student, his experience included work in biophysical chemistry, in which he studied the thermodynamic parameters of protein-nucleic acid interactions. He gained experience with techniques such as microcalorimetry, fluorescence and nuclear magnetic resonance. In graduate school, Mr. Acharya's research work was on organic synthesis chemistry involving novel flavonoids.

Mr. Acharya is also active in the Indian community, serving in various organizations that foster business relationships between the U.S. and India.

Robin L. McGrath practices in the area of intellectual property law. Ms. McGrath concentrates her practice on litigating all aspects of patent, trademark and copyright disputes, as well as IP counseling. She has extensive courtroom experience representing both plaintiffs and defendants in the technology and financial technology industries, focusing on payment systems, business methods, software, telephone, Internet and networking systems.

With more than 10 years of experience in patent law, my practice encompasses nearly every aspect of the patent life cycle, including the preparation and prosecution of patent applications, portfolio management, strategic counseling, and patent litigation. With regard to strategic counseling and patent portfolio management, I have prepared more than 200 patent applications in a wide variety of technologies, including fiber optic hardware and accessories, wireless communications, display devices, handheld electronic devices, medical devices, electro-mechanical technologies, communication systems, semiconductor devices, high frequency electronics, control systems, heavy machinery, and computer-related technologies. I also possess extensive patent prosecution experience, having prosecuted well over a thousand domestic and foreign applications, many of which I managed from filing to issuance. Additionally, I maintain a robust strategic counseling practice, having prepared numerous opinions on patentability, infringement, and validity of patents. I also represent clients in patent litigation before district courts and the U.S. International Trade Commission (ITC). I have experience in all aspects of pre-trial litigation, including handling discovery requests, preparing invalidity contentions, drafting claim construction briefs, creating technology tutorials for judges, and working with experts. Prior to joining Corning, I gained valuable experience serving as in-house patent counsel at Amazon.com. Before joining Amazon, I practiced patent law in the Electrical Practice Group at Finnegan for 7 years. Previously, I served as the engineering technology manager with the Division of Patents and Licensing at the University of South Florida, where I was responsible for managing the extensive patent portfolio for the College of Engineering and physical science departments, including over a dozen research centers and institutes.

Steve is Associate General Counsel, IP for Covidien (now Medtronic) in the Surgical Solutions Group. His practice focuses on all aspects of patent law, including prosecution, litigation, licensing and IP due diligence for mergers and acquisitions, and has, in the past, included managing products liability matters as well as general corporate work. Steve is responsible for IP legal work relating to energy-based surgical devices including electrosurgical instruments and accessories as well as the generators that power them; ultrasonic surgical instruments for sealing and dissecting tissue, and radio-frequency tissue ablation instruments and generators. Steve has worked at Covidien for the past seven years, and prior to that was an associate at Greenberg Traurig in their Denver, Colorado office and an associate at Sidley Austin in Dallas, Texas.

Andrew is the firm's managing partner and a member of the firm's litigation and prosecution practice groups. Andrew's practice experience involves all areas of intellectual property law, including patents, trademarks, trade secrets, copyrights, and unfair competition. Andrew represents clients in litigations involving all types of intellectual property issues, having appeared in district courts throughout the United States and having represented clients at the appellate court level, particularly the United States Court of Appeals for the Federal Circuit. Andrew's patent prosecution experience includes a wide range of electrical, electromechanical, and mechanical technologies. Andrew also periodically renders legal opinions concerning the infringement, validity, and enforceability of patents and opinions regarding product clearances and trademark searches and clearances.

Diane is Senior Managing Counsel for J. C. Penney Corporation, Inc., responsible for all patent litigation matters. Prior to joining J. C. Penney Corporation, Diane was a shareholder as Winstead PC in Dallas, Texas and a member of its Intellectual Property and Commercial Litigation Practice Groups. She practiced at Winstead for more than 25 years before leaving private practice to join JCPenney. During her tenure at Winstead, Diane represented clients that were patent owners, defendants accused of infringement by competitors, as well as clients accused of infringement by NPEs.

Tom Brown is intellectual property litigation attorney at Dell with substantial experience in high-stakes cases representing both plaintiffs and defendants, with particular emphasis on patent litigation. Prior to the Dell - EMC merger, Tom managed EMC's patent litigations and IPR proceedings, including in the district court, on appeal, and in the PTAB; worked on legislative patent policy issues; supervised amicus briefs filed in the Federal Circuit and Supreme Court.

Prior to Dell/EMC, Tom held a Principal role at Fish and Richardson P.C. He clerked for the Hon. Robert E. Keeton (US District Court) and was a Software Design Engineer at Microsoft. Tom earned his B.S. Computer Science & Political Science, Yale University and his J.D. from Harvard Law School.

Derek, has advised high-tech companies from startups to Fortune 100 companies to obtain, protect and investigate their patent rights. He has also prepared patent applications for inventors on technologies in the computer industry including communications, finance, Internet, location systems, memory, mobile network gateways, mobile applications, networking, search, storage and wireless communications. He has been actively involved in litigation of patent rights in federal courts and in the International Trade Commission (ITC) on computer, communications and smartphone technologies. In addition, he has performed intellectual property analysis of patent portfolios for Fortune 100 technology companies.

John Cox counsels and represents clients in patent litigation related to chemical, biotechnology, medical device and pharmaceutical matters and has significant experience in ANDA cases, including pre-litigation investigations.  John has extensive experience related to discovery and motion practice, as well as developing both offensive and defensive strategies. He particularly enjoys dealing with complex subject matter and technical witnesses (inventors and experts), and counseling clients regarding litigation procedures and strategies. He has dealt with subject matter ranging from brain chemistry, the gastrointestinal system, and drug delivery systems, to medical diagnostic methods, the generation of biofuel using bacteria, and processes for manufacturing chemicals and pharmaceutical products.  John has worked with foreign pharmaceutical, chemical, and biotechnology companies throughout his career and developed expertise in navigating the crossroads of foreign business practices and the complexities of U.S. patent practice.

Kevin Cranman served recently as Senior Group Legal Counsel for Ericsson Inc. and was General Counsel for Ericsson Television Inc. (Americas Region), where he handled commercial transactions for software and SaaS solutions for video, media, and telecommunications technologies; IP development and protection; R&D, vendor and supply chain matters; M&A and corporate matters; HR and employment issues; litigation and dispute management; and whatever else darkened the door step.  Though neither a patent lawyer nor a litigator, he has had more “fun” with patent litigation and licensing – including as a direct defendant and indemnitor – than one should be permitted.

Previously, he served as in-house counsel at Panasonic Mobile Communications, the Georgia Institute of Technology, and other technology ventures (including the obligatory dot-com), as Lead Counsel and Board Secretary for Glenayre Technologies, and in a business role at BellSouth Intellectual Property.

He serves on the Executive Committee of the Atlanta IP Inn of Court and has been named twice to IAM’s Strategy 300, IAM’s list of the World’s 300 Leading IP Strategists.

He received his BA and JD from the University of Georgia.

Professor Timothy P. Terrell has three distinct areas of teaching and scholarly reputation: legal writing, legal ethics, and legal theory. He has published extensively on all these topics, and frequently conducts continuing legal education programs on them as well. Concerning legal writing in particular, he is, among law faculty nationwide, the leading presenter of programs for practicing lawyers and judges, not just in the United States, but around the world. He has consulted often for law firms on issues of legal ethics and has served on numerous occasions as an expert witness in litigation involving issues such as conflicts of interest, confidentiality, and lawyer malpractice.

Professor Terrell joined the Emory faculty in 1976. His undergraduate degree is from the University of Maryland (1971); his law degree is from Yale Law School (1974); and he has a post-graduate Diploma in Law from Oxford University, England (1980).

After graduation from Yale, Professor Terrell was an associate in the Atlanta law firm of Kilpatrick Stockton (now Kilpatrick Townsend & Stockton). Since joining the faculty at Emory he has been awarded two Fulbright grants, one to attend Oxford University to study political philosophy, and another to teach legal theory at the University of Newcastle-upon-Tyne in England. Professor Terrell developed, and then served briefly in, the position of Director of Professional Development at King & Spalding in Atlanta.

At Emory, Professor Terrell teaches the first-year course in Property, and upper level courses in Legal Ethics, Jurisprudence, and Advanced Legal Writing. His publications, most often involving the intersection of legal theory and legal doctrine, have appeared in law journals at the law schools at Georgetown, Duke, Northwestern, California, and Emory, among others. He has organized conferences at Emory on topics such as “Rethinking Liberalism,” “Human Rights and Human Wrongs: Investigating the Jurisprudential Foundations for a Right to Violence,” and “The Role of General Counsel.”

Regarding legal writing, Professor Terrell has for more than a decade conducted the writing and editing portion of the training program for new appellate judges at NYU Law School’s Institute of Judicial Administration. In addition to presenting programs around the country to law firms and bar associations, he is the primary consultant on legal writing to the international association of law firms called Lex Mundi and has conducted programs at its member firms around the world. He is the coauthor of a popular text on legal writing, entitled Thinking Like a Writer: A Lawyer’s Guide to Effective Writing and Editing (3d ed., 2008, Practicing Law Institute).

In the legal ethics area, Professor Terrell has developed three videotape-based instructional programs—one involving the criminal justice area, another for lawyers in the health care industry—and an extensive program for law office staff personnel. He has also published several articles on the values that constitute lawyer professionalism, and frequently makes presentations on that topic to law firms and bar organizations.