As the global pandemic begins to subside both new opportunities and challenges are emerging for IP practitioners, including a more neutral landscape for patent owners. In addition, the new administration and changes in leadership at the USPTO will inform how the IP landscape will shift given that new rules are likely to be implemented. Stakeholders can expect companies to embrace a balanced patent strategy to take advantage of these changes and protect against old threats in the IP sector.

How do patent practitioners build on the opportunities that have emerged from the pandemic?

Come join your IP peers for a day of learning, benchmarking & networking through panels and break-out sessions and head back to the office with practical, progressive, actionable insights from the front lines. 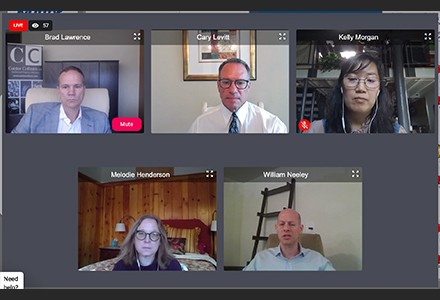 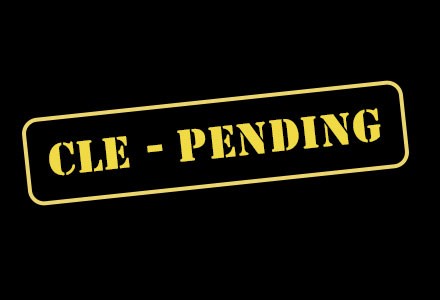 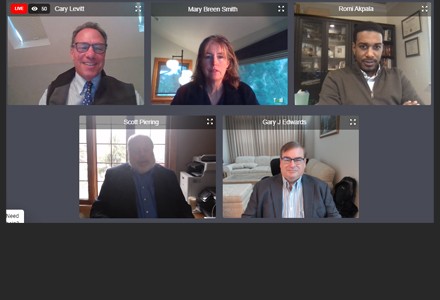 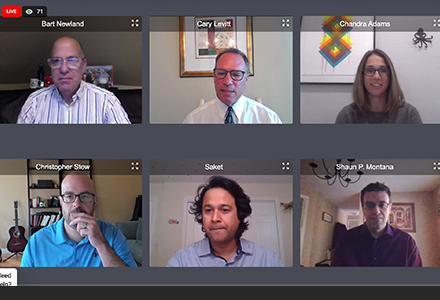 Jonathan litigates patent infringement actions in federal district courts across the country, in the Court of Appeals for the Federal Circuit, and in state courts, both representing patent owners seeking to enforce their rights and defending companies against allegations of infringement.

Nicholas Kim is a Senior Corporate Counsel at Microsoft Corporation and focuses on IP litigation. Mr. Kim joined Microsoft from the U.S. Department of Justice’s Civil Division, where he was a trial attorney in the Intellectual Property Section. Before that, Mr. Kim was a patent attorney in private practice in Washington, DC.

Peter Jovanovic is a Legal Director, IP at Dell Technologies, providing support for several business units.  At Dell, he is responsible for patent portfolio development, patent litigation, open source management, and license drafting and negotiation.  Before joining Dell, he was an associate patent attorney providing prosecution, litigation, and licensing services.  Prior to becoming an attorney, Peter was a software engineer, having experience in computer security, satellite communications, and logistic planning software.

Salumeh litigates intellectual property matters in federal courts around the country, representing a variety of clients, including Fortune 500 e-commerce and software companies. She has represented both plaintiffs and defendants, and multiple clients in joint defense groups and in large multi-defendant litigations. She has extensive experience managing complex patent litigations, including participating in trials, taking and defending depositions, working with experts, and engaging in settlement negotiations.

Salumeh also represents clients in trademark and copyright infringement suits in federal courts and in trademark opposition and cancellation proceedings before the Trademark Trial and Appeal Board.

Jonathan Tuminaro, Ph.D. is a director in Sterne, Kessler, Goldstein and Fox's Trial & Appellate and Electronics Practice Groups, and focuses his practice on patent litigation at the United States International Trade Commission (ITC), the U.S. district courts, and the Patent Trial and Appeal Board (PTAB).

Melissa’s practice includes offensive and defensive patent strategy development, patent prosecution, opinion preparation, and patent due diligence for partnering deals, venture financings, public offerings and mergers and acquisitions. She provides patent counseling in support of products in all stages of development, from proof of concept to regulatory approval and product launch.

Melissa has significant experience litigating patent matters in federal court and before the U.S. Patent and Trademark Office, including reexamination and inter partes review (IPR) proceedings. Prior to her legal career, she worked as a synthetic bench chemist for a life sciences company and a postdoctoral research scientist in the University of Washington’s Department of Chemistry.

Melissa frequently lectures at the University of Washington’s Foster School of Business, Fred Hutchinson Cancer Research Center and for the Practising Law Institute (PLI) on various intellectual property topics, including patent strategy and IP due diligence.

Emily Peyser partners with clients to offer strategic and comprehensive intellectual property strategies to help build, monetize, and protect their patent and trademark portfolios. She places a high value on working closely with clients to establish long term relationships and a deep understanding of their business objectives. Emily advises her clients at every stage in the lifecycle of their intellectual property assets with an emphasis on planning, procurement of U.S. and foreign patents, opinions, enforcement and licensing.

Kaustuv M. Das has over fifteen years of patent and trade secret litigation and licensing experience, and currently is a Director, IP Attorney with Intellectual Ventures ("IV") where he focuses on patent prosecution, analysis, and monetization and on portfolio management. Before joining IV, he was in private practice and worked as in-house counsel in the semiconductor industry providing legal counsel on intellectual property-related issues affecting numerous technologies, including hybrid DRAM memory, flash memory, LED, display, and solar. Dr. Das received his Ph.D. from Caltech and taught undergraduate and graduate courses in mathematics for six years prior to embarking on his legal career. Dr. Das has worked for Perkins Coie, Davis Wright Tremaine, and Merchant & Gould and as licensing counsel for both IV and Micron Technology, Inc.

Dr. Das is passionate about community service and pro bono activities and has argued immigration and prisoners' rights cases before the U.S. Court of Appeals for the Ninth Circuit. He has served on the Boards of the King County Bar Association, the King County Bar Foundation, the Asian Bar Association of Washington, and the South Asian Bar Association of Washington. He currently is a member of the Executive Committee of the WSBA’s Intellectual Property Section and is one of the WSBA’s representatives to the ABA House of Delegates. Dr. Das graduated with high honors, Order of the Coif, and The Order of Barristers from University of Washington Law School.

Brent Babcock is the chair of Loeb & Loeb’s PTAB Trials Practice Group. He represents high-technology clients in every aspect of intellectual property disputes, focusing on federal district court litigation throughout the country, trials and post-grant patent proceedings before the USPTO’s Patent Trial and Appeal Board (PTAB) (formerly the Board of Patent Appeals and Interferences), ex parte appeals before the PTAB, and alternative dispute resolution (ADR) proceedings, including domestic and international arbitrations.

Alex Hadjis is a patent trial lawyer. He has tried over fifteen patent cases for large, operating companies, such as Roku, Freescale, and Huawei, and he has litigated many more before the federal district courts, the International Trade Commission, and the Federal Circuit over the course of his twenty-six year career. His work over the years has involved cases in many cutting-edge industries, including semiconductors, telecommunications, medical devices, and software. Alex served as a Judicial Law Clerk for the US Court of Appeals for the Federal Circuit. In 2021, Law360 named him an MVP in intellectual property. Alex is a Fellow of the American Bar Foundation.

Tom handles large portfolios and prosecutes patent applications in a variety of jurisdictions. Tom’s particular area of expertise lies in mitigating IP-related risks when bringing a new product to market, and in this role he has conducted due diligence and freedom-to-operate work for product launches for all types of products, from baby bottles to large medical devices.

Tom works with a wide range of clients, from fledgling start-ups to multinational corporations, and in every case is keen to understand both the technological and the commercial issues which are important to his clients. Tom’s technical areas include medical devices, software, artificial intelligence (AI), and mathematical algorithms, and in these fields Tom enjoys helping his clients to push the boundaries of the patent system and obtain commercially useful protection.

Tom has a solid physics background, having graduated with a Master’s degree in Physics, and during the final two years of his degree was able to concentrate on his interests of solid state physics, nanotechnology and optics. For his master’s project, Tom used cluster analysis to characterise the response of a wideband integrated bioaerosol sensor (WIBS).

Nick Transier is an accomplished patent attorney with nearly a decade of experience in both prosecution and litigation. He currently focuses on building international patent portfolios for clients, especially in the areas of data science, including artificial intelligence and machine learning, software, telecommunications, automotive technologies, and consumer electronics. He has also defended mechanical and electrical innovations including consumer electronic devices, computer software systems, display technologies, and medical devices.

Before practicing law, Nick was a systems engineer for Raytheon and Lockheed Martin, where he worked on several classified projects for military defense technologies. As a systems engineer, he’s trained to oversee various disciplines and coordinate different processes from a high-level perspective. This skill translates in Nick’s IP practice: He knows how to drill down on details while maintaining a comprehensive understanding of the big picture.

Jonah is a Patent Agent at Soundhound. His role is that of an IP Strategy at the intersection of technology, business, and law. His focus is on developing a valuable IP portfolio. His experience experience is in processors, DSP, digital video, network-on-chip, and speech understanding machines. Since 1998 he has worked for high-tech companies including Lexra, ARC and Tensilica.  He has been a founder, engineer, architect, marketer, and seller, in addition to being an author.

Victoria Friedman is an IP attorney specializing in client counseling, procurement and management of intellectual property. Her technical background is in Computer Information Systems and her patent practice primarily focuses on software, telecommunications, computer, search, email and social network arts.

In her trademark practice, she manages international portfolios for top global brands in various industries. Friedman is one of a handful of attorneys who have been successful in registering a color mark. She enjoys developing and implementing efficient, practical solutions to her clients' IP challenges.

Victoria Friedman speaks English and Russian and has been active in the field of IP since 2003.

Anita M. Cepuritis' experience includes both law firm and in-house practice at a highly regarded research institute. She has a solid background in the field of domestic and foreign patent and trademark prosecution, USPTO proceedings, patent litigation and IP portfolio management.

Anita M. Cepuritis speaks English and Latvian and has been active in the field of IP since 2009.

With over a decade of experience helping businesses manage their patent portfolios, Ankur has developed a strong track record in the high-tech arena. From software products and wireless communications to medical devices and consumer electronics, he’s worked with a variety of companies to create strategies that drive revenue and long-term growth.

Ankur counsels clients on a range of intellectual property matters, including preparation and prosecution of patent applications, infringement and validity opinions, freedom to operate analysis, and post-grant review and reexamination proceedings. Additionally, he supports the firm's litigation practice. An engineer himself, Ankur is particularly passionate about studying new technology and partnering with inventors to turn innovative ideas into secured, tangible assets that change the world.

Tiffany Parcher is an intellectual property attorney in Boulder, Colorado.  She is Principal Legal Counsel, IP for the Respiratory Interventions business unit at Medtronic, supporting intellectual property strategy for acute care ventilators, airway access devices, and imaging systems.  Tiffany has a strong technical background in medical devices, mechanical systems, materials, signal processing, and algorithms.  She has a bachelor’s degree in Aerospace Engineering from the University of Texas in Austin and a law degree from UCLA and serves on the Steering Committee for ProBoPat, a pro bono patent program in Colorado.  She is an excellent writer, avid reader, amateur skier, and abysmal cook.

Matt Talpis serves at Chief Intellectual Property Counsel for Vulcan Inc. He has held a number of other IP-related positions at companies including Amazon, IBM, and Emerson Process Management. He holds a JD from University of Arizona and a BS in Computer Science from University of California San Diego. He is a certified US Patent Attorney and is licensed to practice in the states of Washington and Texas.

Kelvan’s academic credentials include a Ph.D. in Mechanical Engineering and Biochemistry from the University of California, Berkeley; a Law degree (with emphases in business and Intellectual Property) from Berkeley Law School; and an Executive Business Strategy degree from Berkeley’s Haas Business School. Additionally, he is a patented inventor with five granted patents. He is a member of the California bar and a registered patent attorney with the United States Patent and Trademark Office Patent bar. 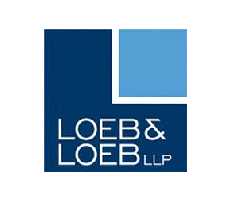