In keeping with best practice in light of COVID-19, CenterForce is going virtual! Now more than ever, it is imperative that we adhere to our core values around diversity and inclusion, and remain anchored to our community. Please join us as we continue to explore the obstacles, risks and rewards on the path to a fulfilling and productive career for women and minority leaders.

What are the best strategies for recruiting and retaining diverse talent even in the face of a pandemic? How can we maintain standards of excellence while working remotely? How can we enlist men to become our allies and advocates? Are companies doing enough to create a culture of inclusion that goes beyond metrics?

Our virtual events promise you the same compelling content and interactive format. This conference will provide networking, learning opportunities and more! 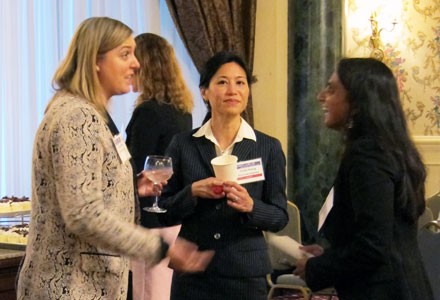 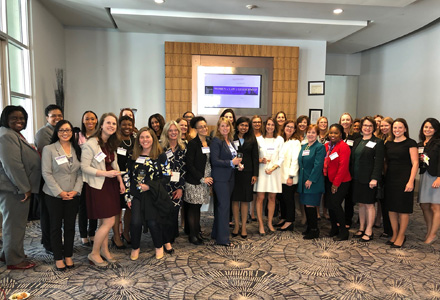 Michelle Ruff graduated with her B.A. in Communications from Oakwood University, Huntsville, AL in 1996 and with a M.A. in Communications from Morehead State University, Morehead, KY in 1998. A 2001 graduate of the Louis D. Brandeis School of Law at the University of Louisville, Michelle  participated in the Immigration Clinic as a student; received an award for her public service work; and, was an active member of the Diversity Committee. After graduation, she begin her career working with Farmworker Legal Services in Michigan and proudly continued her non-profit service with Cobb County Legal Aid, a division of Atlanta Legal Aid and the Latin American Association before going into private practice. She is a member of the Kentucky, Michigan and Georgia Bar Associations.

Michelle has put together training materials on cultural sensitivity for guardian ad litems and spoken on the impact of natural disasters on immigrants for young lawyers assisting Hurricane Katrina victims.

Most importantly, Michelle has two adult children, who endured college, graduate and law school with her as a single mother. She is an avid fitness enthusiast who volunteers to teach a workout class to senior citizens in Atlanta, Georgia, where she lives.

LaChandra Pye is Corporate Senior Counsel and Government Contracts for the US Electrification Business Area at ABB Inc. where she guides and counsel stakeholders to ensure comprehension and implementation of the necessary legal measures and advises and represents the various Electrification Divisions’ interests regarding legal matters in their respective markets.  Prior to her work at ABB Inc., she was general counsel at Caduceus, a private federal contractor, and worked as a Senior Attorney at the City of Atlanta.  She has focused most of her career on government contracts, general corporate matters, and regulatory compliance with experience in-house, in private practice, and in the public sector.

LaChandra obtained her B.A. from Dillard University in New Orleans, LA and a J.D. from University of Nebraska-Lincoln College of Law in Lincoln, Nebraska.  In her spare time, she enjoys inspiring others to be their best selves.

Christine is an accomplished 20-year litigator with a winning track record in defending poultry processing facilities and manufacturers in the southeast. Her expertise includes workplace investigations; compliance with federal and state employment laws; risk management of issues specific to food processing facilities, such as the intersection of attendance policies and compliance with the FMLA and ADA, drug use and best practices for testing, responding to repetitive motion health conditions, and prevention of frivolous workers’ compensation retaliation claims; and compliance with DOL, OSHA and USDA regulations.

Righton Lewis is a member of Butler Snow’s litigation department and practices within the firm’s Product Liability, Toxic Tort and Environmental Litigation Group. She defends product manufacturers against a variety of allegations including wrongful death and personal injury. Her experience includes the representation of automobile manufacturers, highway product manufacturers, and industrial, commercial, and residential control manufacturers.

Stacey Wolf is the senior vice president of Business Affairs for CNN Worldwide.  She joined the Company in 1998 and is based in Atlanta.

In 2014, Wolf created and launched the CNN Business Affairs department.  In her role, Wolf leads the negotiation of all development, production, license, and distribution deals for CNN Original Series, CNN Films, and HLN Original Series.

Wolf has negotiated deals to acquire or commission more than 35 CNN Original Series, including Peabody and Emmy® Award-winning Anthony Bourdain Parts Unknown, produced by ZPZ Production; critically-acclaimed This is Life with Lisa Ling, produced by Part2 Pictures; Emmy® Award-winning United Shades of America with Kamau Bell, produced by All3Media America; and Primetime Emmy® Award-nominated The Sixties, The Seventies, The Eighties, The Nineties, and The 2000s, and The Movies, executive produced by Tom Hanks, Gary Goetzman, and Mark Herzog.  Wolf and her team have also negotiated deals with BBC Studios Distribution Limited, Cineflix Rights, Endemol Shine International, Entertainment One Television, Fremantle, and Kew Media for the global distribution of select CNN Original Series.

Since 2012, Wolf has negotiated deals to acquire, produce, or commission more than 40 feature and short documentaries for CNN Films, including the Academy Award and BAFTA nominated, ‘RBG,’ the BAFTA-nominated ‘Three Identical Strangers,’ an untitled documentary about civil rights icon and Georgia Congressman John Lewis, ‘APOLLO 11,’ ‘Halston,’ and more.

Wolf also has negotiated agreements for HLN Original Series, dedicated to true crime, mysteries, and investigations.  Her successful negotiations include international distribution deals for How It Really Happened with Hill Harper, Something’s Killing Me hosted by BD Wong, Very Scary People hosted by Donnie Wahlberg, Unmasking A Killer and Inside Evil with Chris Cuomo.

Jasmine Johnson is Corporate Counsel at ExamWorks. Her practice focuses primarily on mergers and acquisitions, commercial real estate, and information technology development. She has lectured on legal topics relating to real property, mediation/dispute resolution, and diversity. Jasmine is the co-founder of BLOOM, an organization committed to the professional and social development of young women. She is a proud graduate of Emory University School of Law and Florida State University.

Jennifer Snow is a Risk Analyst in the Applications division of the Federal Reserve Bank of Atlanta where she analyzes merger and acquisition applications and evaluates proposals involving bank holding companies, state member banks, and other financial organizations in the Supervision and Regulation division. She has also worked in the Consumer Affairs department leading highly complex, risk-focused compliance examinations of large bank organizations.

Prior to her work at the Federal Reserve Bank of Atlanta, Jennifer was a securities litigator focusing on plaintiff-side litigation representing an Examiner and a Receiver in federal cases involving the SEC and the FTC and worked in the Securities Division of the Secretary of the State of Georgia’s office as an enforcement attorney and director of the audit-exams program.

Jennifer obtained her B.A. from the University of Florida and a J.D. from American University, Washington College of Law in Washington, D.C.

Christina Baugh has a natural strength for working with clients on even the most challenging and complicated business matters because she is pragmatic and analytical. She is able to help clients by providing a realistic, big-picture perspective on litigation and a road map of how to achieve the most cost-effective and efficient remedy.

While most of her work involves courtroom litigation where Christina has successfully represented clients in matters in state and federal courts, when that is not the best path to a client’s goal, she is equally skilled in arbitration, settlement and negotiation.

Christina represents corporate and individual clients in a variety of commercial matters. She routinely handles business disagreements among business partners and the transfer of ownership and management duties, and also helps address allegations of wrongdoing and officer or director liability. She also advises on shareholder disputes and employment matters, along with insurance coverage dispute matters.

Christina regularly represents clients in disputes regarding their intellectual property rights, including patent, copyright, and trademark rights. Representing a wide range of clients, from small family-owned companies to multibillion dollar corporations, she works to ensure that her clients’ rights are protected.

As a long-time Atlanta resident, Christina lives inside the perimeter and enjoys running, visiting local attractions and attending local festivals.